UPVOTE THE TOYS YOU DISLIKED. Yeah yeah, I know, a lot of people couldn’t afford a lot of things. And of course, your parents loved you. But sometimes you just need stuff to be good. And when it comes to building spaceships, drawing, and even playing with action figures, you didn’t want them falling apart after a few hours of play. But if you were under tight circumstances and had frugal parents, you were forced to live this life. The title of the list is obviously a joke, but when you were at that age, it sure as hell felt like your parents were giving you the worst crap in the world on purpose, as some kind of weird, Guantanamo-esque punishment. Kids are jerks. But all these choices are spot on.

Remember Christmas morning when you woke up totally pumped to dig in to your stocking only to realize it was filled with socks and crumbly white Russel Stover candies that weren’t even a good imitation of the chocolate Santas all your friends were getting? This is a sure sign that your parents were cheap. Or didn’t love you. One, the other, both. Point is, there were many of us in the ’80s and ’90s who were unaware (or at least in denial) of the fact that our parents were passing off cheap toys as what are now the most nostalgia-inducing toys of the ’80s and the best toys of the ’90s.

As an adult, you’ve likely figured out that your parents were holding back on the good toys. Now, it’s not like you didn’t have fun with Tiger handheld games with its players that only moved in two directions, but dammit, now that you know there are kids out there drawing pictures with crayons not covered in a thick layer of wax (I hate you with the passion of a thousand wax-addled suns, RoseArt), aren’t you a little pissed your parents couldn’t be bothered to spend the extra $.50 and get Crayola? Clearly I’m not…

If you say to yourself, “hey, my parents loved me and bought me really cool stuff,” then go through this list of toys that prove your parents were cheap and see EVERY toy you ever owned, you may be blissfully unaware of your parents penny-pinching ways when it came to toys. Sorry to burst your bubble. But hey, look at all the this fun you’re having reminiscing about your crappy childhood toys! And this list is free! Your parents would be so proud.

RoseArt Crayons: The Worst Crayons in the World

If you had these crayons, then your parents didn’t love you. You know what’s impossible to do with these? Make a straight line. You can’t do it. Since the crayons are only capable of leaving random wax stains carelessly in their inconsistent path, if you’ve ever told anyone you’ve made a straight line using a RoseArt crayon, then you are a liar. A liar and a fraud. Just like each and every single RoseArt crayon ever made.

Ugh, and don’t even get me started on the RoseArt paints. They never even worked!

Pencils With No Erasers. When is That Ever MORE Convenient?

Unless your kid’s out there keeping track of people’s golfing, there’s absolutely no reason for anyone to ever have a pencil with no eraser on it. Ever.

Cheap Frisbees That Clearly Came From Some Work Event

MegaBlocks, Because They Were NOT LEGOs. They Weren’t Even Duplos.

Don’t even get me started on actual TIGER games, but if you didn’t even get those and got the cheaper knockoffs, then you were doing at least two of these things:
1. Spending most of the time figuring out whether or not “hitting” an enemy was actually doing anything.
2. Convincing yourself that multiple button combinations were even a thing.
3. Pressing the buttons until one of them actually worked and learning that Hulk Hogan only punches when you press ‘Punch’ really hard three times.

One of These Terrifying Imitation Glo-Worms

I mean a Glo-Worm toy in of itself is a terrifying, horrible, weird-ass creature to begin with, but when you bastardize it and make it look more human, not only does it add an unnecessary level of reality to the whole situation of your children sleeping with bioluminescent insects, but the humanoid nature of these knock-offs (why do they need hair?) make them seem like a Dr. Moreau-style science experiment gone wrong.

Death traps. Not only were the balls harder, so it’d be easy for the things slip out on the wrong kind of floor, but it’d really just kind of make them into inconvenient pogo sticks themselves.
These things weren’t as much of a toy as they were a challenge. “Get this to work.”

They were the only ones left on the shelves, and you always had at least two duplicates of them in your toy bin for some reason. Probably because none of your friends wanted theirs either so they’d leave them at your place, burdening you with yet another side-character with lost weapons and attachments.
I swear to God I was a happy child, but in retrospect, a lot of these things annoyed me.

GoBots aka The Lame Transformers

Sure, you asked for them, and yes, all your friends had them, but really, any loving responsible parent should’ve known to buy their child a Game Boy.
Yes, Game Boys were super expensive and these were popular because they were super affordable, but imagine a world in which any video game characters could only move to 3 different places on the screen and had an action-range of 3 things (jumping, kicking, punching).

Mexican Ball Toy… Okay This One Was Cool.

Those Fishing Sets With the Magnet-Mouthed Fish 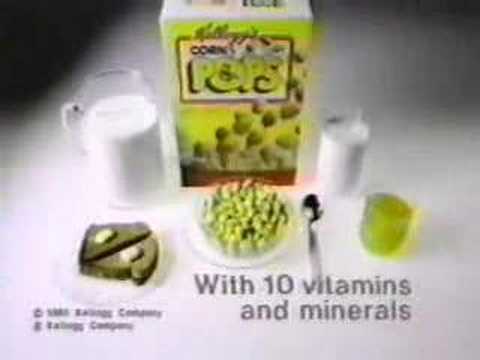 Nobody ever played through and finished an entire game with one of these. Nobody. And if you did, you didn’t have fun, but really if you did, you’re lying. Because nobody had fun with these potentially-awesome-in-concept, pricey things.
Note to parents everywhere: FIELD-TEST your kids’ toys. This will save much inconvenience and heartbreak.

Nobody ever wants to learn when they’re little, even though they’re constantly doing it, if you know you’re learning it ruins the fun.

Jenny Dolls aka The Japanese Barbie Knock-Offs (Which, If You Ask Me, Are Cooler)

But still, every little girl wanted a Barbie that they could dress and undress so often that they eventually lost the clothing combinations they liked, thus ending up with a pile of naked barbies stuffed in a drawer somewhere like some kind of serial killer.