Nurses Who Behaved Badly (and Got Caught)

Read on to find out about nurses who behaved badly and got caught, nurses who broke the law, nurses who got fired, shocking nurse crimes, naughty nurses, and even the rare killer nurse. After reading this you’re going to think twice about ever going to the hospital again.

In 2016, a nurse in upstate New York was busted after she took pictures of an unconscious patient’s penis and sent them to her coworkers. She was able to cop a plea deal and get off without any federal charges bygiving up her license.

In Akron, Ohio, an RN working at the Children’s Hospital was caught stealing copious amounts of fentanyl (an intense opioid). After she was caught, the woman explained that she stole the drugs by moving them from the “use” drug section at the hospital to the “waste” section.

When William Wells arrived at  St. Mary Medical Center in Long Beach after being stabbed a dozen times, and having his throat slashed so hard that he was almost beheaded, the nurses on duty took photos of him and immediately posted them to Facebook. According to Saint Mary’s, four staff members were fired and three were disciplined.

Nurse Reuses Needle to Give Out Vaccinations

In a story that might keep you from visiting the doctor ever again, a nurse in New Jersey admitted to administering 67 flu shots with only two needles. Although she did wipe them off after each use.

A nurse at Seton Medical Center in California was fired in 2011 after she made a Facebook post shortly before she went to work that read, “Instead of spending my birthday celebrating, I will be working all night cleaning up feces. I loathe that effin heffer!!! Burn in hell you effed up spawn of satan. I curse you and wish you a lifetime of pain and suffering.” And she went on like that for another paragraph and a half. One of her coworkers (possibly the heffer?) read it and the nurse was let go.

In 2014, a 42 year old Italian nurse was arrested after she killed 38 patients because she found them “annoying.” She even went so far as to have one of her coworkers snap a quick pic of her next to a patient that she murdered with  potassium chloride. The nurse was also known to give the patients large amounts of laxatives at the end of her shift to embarrass the nurses coming on duty after her.

In 2014, a nurse at  New York Presbyterian Hospital was fired for violating a patient privacy law after she posted an Instagram photo of a messy, but empty, room used to treat a man who was hit by a subway train, along with the phrase “#Man vs 6 train.” The nurse in question, Katie Duke, had been featured on the reality show New York Med.

Swiss Nurse Posts Picture of a Corpse to Facebook

In 2013, a nurse in Switzerland was investigated after she posted pictures of herself posed next to the body of a dead woman. Other photos of the woman featured alleged Satanic imagery and depicted sado-masochism.

In Dandridge, Tennessee a nurse at the Mountain View Youth Development Center, which is operated by the Department of Children’s Services, was arrested for having several sexual encounters with a teen inmate. A grand jury indicted her on six counts of sexual contact with an inmate and seven counts of official misconduct.
.

In 2011, a nurse in the UK was arrested after three of his patients died. The patients were given an  insulin-contaminated saline solution. The nurse was caught after the police were alerted to a batch of saline believed to have been deliberately tampered with. 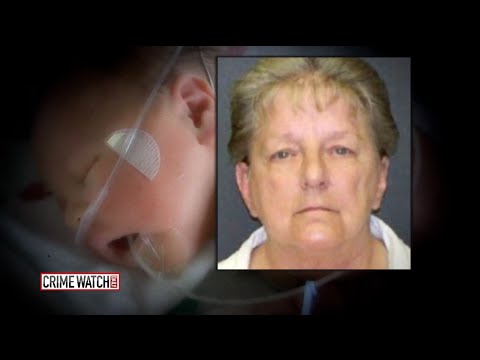 Genene Jones became known as the “Angel of Death” after she was convicted of killing one infant and suspected of killing at least 40 more. Allegedly, she would make the children sick so she could save them and bask in the glory, but that rarely happened. In 1985 she was sentenced to 99 years in prison, but in 2013 a legal precedent allowed her to petition her release from prison.

A high school nurse in Phoenix was busted after she was discovered giving a student hand jobs under the pretense of needing to draw his blood to check for diabetes. The boy’s mother alleges that the nurse lured her son to her office where they would engage in  “kissing and mutual masturbatory touching of their genitals.”

At the University of Toledo, a nurse threw away a kidney while she was cleaning out something called a “slush machine” during a transplant surgery. Luckily, the hospital was able to find another donor for their patient.

In 2014, a nurse was so tired from her New Year’s Eve partying that when she got to work she parked in an ambulance bay, and passed out in a patient’s bed in her nursing home. Her manager said, ” She was very drunk. There was no other reason for the way she was that day except she was drunk.”

In 2015, a nurse at UNM  Sandoval Regional Medical Center was fired after making a Facebook post insinuating that she wanted patients to die so she could have something to do. She deleted her account, but the offending post read, “Soooooo sleepy here in the ICU. Will someone please code and give me something exciting to do? #isthatbad?”
YOU MAY LIKE  Terrifying Grindr Horror Stories