26 Celebrities Who Are Rape Survivors

There are 237,868 victims of sexual assault or rape in the United States every year. Several celebrities have had the misfortune of being included in this statistic. Many of them have decided to speak about their experiences to help other victims of rape move on with their lives. For more information or to get help, contact the Rape, Abuse and Incest National Network at 800-656-HOPE.

Among celebrities raped before they were famous, media mogul Oprah Winfrey is listed here. The talk show host was raped by a relative when she was just 9 years old. Winfrey has been an outspoken advocate for survivors of abuse and frequently used her show as a platform for fellow survivors to tell their stories. Other famous women who have been the victims of rape include Fiona Apple, Fran Drescher, Jane Fonda, Kelly McGillis, Tori Amos, and Gabrielle Union.

Actress Teri Hatcher revealed she was sexually molested from the age of five after her uncle was later convicted for multiple cases of statutory rapes and child molestation. He served six years of his prison sentence before dying of colon cancer in 2008.

Some famous men have also been victims of rape. Singer Rufus Wainwright was raped and robbed in Hyde Park in 1987 when he was just 14 years old. Wainwright has said that he survived the attack by faking a seizure. Other famous male rape victims include Sex Pistols bassist Sid Vicious, who was raped when he was in prison, as was the notorious robber Clyde Barrow.

During a March 2017 interview, Jane Fonda revealed she was raped and sexually abused as a child.

“I’ve been raped, I’ve been sexually abused as a child and I’ve been fired because I wouldn’t sleep with my boss,” she said. “I always thought it was my fault; that I didn’t do or say the right thing.”

Talk show host Oprah Winfrey was raped by a relative when she was just nine-years-old.

In December 2014, Lady Gaga revealed to radio host Howard Stern that she had been raped by a record producer twenty years her senior when she was 19 years old. The pop star’s single, Swine, is about the incident.

YOU MAY LIKE  50 Celebrities Who Never Had Plastic Surgery

She said, “The song is about rape. The song is about demoralization. The song is about rage and fury and passion and I had a lot of pain that I wanted to release and I said to myself, ‘I want to sing this song while I’m ripping hard on a drum kit and then I want to get on a mechanical bull, which is probably one of the most demoralizing things that you can put a female on in her underwear, and I want this chick to throw up on me in front of the world so that I can tell them ‘You know what, you can never ever degrade me as much as I could degrade myself and look how beautiful it is when I do.’”

In November 2014, troubled actor Shia LaBeouf publicly claimed that he had been raped by a woman during his #IAMSORRY performance art project in February. As part of the project, LaBeouf sat in a room with a bag over his head while visitors interacted with him. Some held his hand, some said disparaging things, and apparently, one person sexually assaulted him.

LaBeouf told Dazed Digital‘s Aimee Cliff, “one woman who came with her boyfriend, who was outside the door when this happened, whipped my legs for ten minutes and then stripped my clothing and proceeded to rape me…”

Reaction to the revelation were mixed. Some, like journalist Piers Morgan, refused to believe the actor, while others rushed to support his story. LaBeouf, who struggled with alcohol addition and a “nervous breakdown” earlier in the year, did not press charges.

In 1992, “Bad Boyz II” actress Gabrielle Union was raped while she was working at a shoe store.  She was 19 years old at the time.

Teri Hatcher was raped by her uncle when she was just five. In 2002, she testified against the man, and he was sentenced to 14 years in prison.

Bug actress Ashley Judd discusses being raped in her memoir All That Is Bitter and Sweet.

Actor and director Tyler Perry was raped by the mother of a childhood friend, who held him hostage in her house until he had sex with her.

In 1989, Fiona Apple was raped outside of her family’s apartment. She was only 12-years-old at the time.

In February 2018, Evan Rachel Wood testified about the multiple sexual assaults she had survived before the House Judiciary Subcommittee on Crime, Terrorism, Homeland Security, and Investigations. She spoke in support of the 2016 Sexual Assault Survivors’ Bill of Rights Act, legislation she and other survivors hope to implement in every state.

In addition to documenting her own trauma and depression, Wood spoke about the importance of enacting laws like the act:

I’m here today to use my position as an artist, survivor, mother, and advocate to bring a human voice to the population of 25 million survivors in the US who are currently experiencing inequality under the law and who desperately need basic civil rights… [This bill is] the recognition of basic civil rights for sexual-assault survivors and serves as a first step. It’s a safety net that may help save someone’s life one day.

Rita Hayworth was repeatedly raped by her father, who tutored and trained her as a dancer traveling the country when she was young. It wasn’t until adulthood that she realized that the incestuous relationship was not common between father and daughter.

In 1985, Fran Drescher and a friend were robbed and raped in Drescher’s home. Her husband Peter Jacobson was attacked, tied up, and forced to watch the incident.

“American Idol” alum Fantasia was raped by a classmate when she was in high school.

“Pulp Fiction” actor Tim Roth is a survivor of incest that occurred when he was growing up in England.

The rapper and actress was sexually abused by a babysitter as a child.

In 1936, poet Maya Angelou was raped by her mother’s boyfriend.  She was only 8 years old at the time.

In 1982, “Top Gun” actress Kelly McGillis was raped at knifepoint by two men who broke into her apartment.

YOU MAY LIKE  45 of Your Childhood Crushes (Then and Now)

Child star and “Gidget” actress Sandra Dee was repeatedly raped by her stepfather between the ages of 5 and 12. 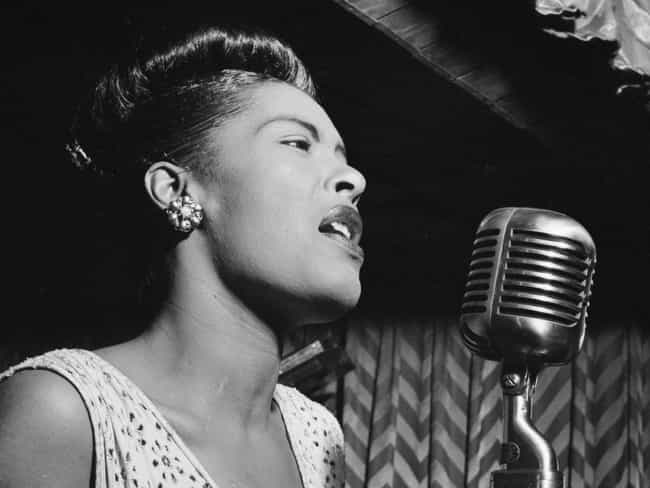 In 1926, singer Billie Holiday was raped by a neighbor.  She was only 12 years old at the time.

Singer Rufus Wainwright was raped and robbed in Hyde Park in 1987. He was 14 years old at the time and escaped the incident when he faked a seizure.

In 1978, Sid Vicious was raped when he was in Rikers Island jail, charged with the murder of his girlfriend Nancy Spungen.

In 1984, musician Tori Amos was raped at age 21. She wrote the song “Me and Gun” about the incident.

In his 2011 autobiography, Stone Temple Pilots frontman Scott Weiland revealed that he was raped at 12 years old by a senior high school student.

Actress Mackenzie Phillips claims that she was raped by her father John Phillips of the Mamas and the Papas.  The incident occurred in 1978 when Mackenzie was 19 years old.

British DJ and journalist John Peel was raped by an older classmate when he was 13 years old.

“Cedar Rapids” actress Anne Heche was raped by her father from the time the she was a toddler until she was 12.  Heche says that he also gave her the STD herpes.

Clyde Barrow, of “Bonnie and Clyde” fame, was raped when he was in prison.  He later killed his attacker by beating him with a pipe.

In 1974, singer Connie Francis was raped and nearly killed at a motel in New York.

In 2018, acclaimed author Junor Díaz penned a heartfelt New Yorker essay in which he admitted to having been raped as a child. Díaz wrote he had been abused by an adult he trusted and suffered nightmares, troubles in schools, and anger as a result.