23 Famous Transgender Models That Are Beyond Beautiful

Who will you find on this list of famous MTF transgender models? Carmen Carrera appears at the top. Born Christopher Roman, the actress and model has appeared in such television series as The Bold and the Beautiful and Jane the Virgin. She publicly revealed that she identified as a woman on a 2009 episode of What Would You Do? and has begun making the transition from male to female. Amanda Lepore is another famous transgender model featured on this list.

Isis King gained the national spotlight when she appeared on America’s Next Top Model, becoming the first transgender model to appear on the series. “I always say I’m the Kate Moss of the trans models because I’m shorter than everyone else, and I’ve been around now for a long time,” she said. Other famous women who appear on this list include Candy Darling, April Ashley, and Harisu.

Born Christopher Roman, actress and model Carmen Carrera has acted in television series including The Bold and the Beautiful and Jane the Virgin. She publicly revealed that she identified as a woman on a 2009 episode of the reality show What Would You Do? and has begun making the transition from male to female.

Singer, performer, and model Amanda Lepore has said, “I’ve got the most expensive body on earth.” She had a sex change operation at age 19.

Already successful as a male runway model, Andreja Pejić underwent sex reassignment surgery in 2014. Today, she advocates for trans rights and says she is finally comfortable in her own body. “I always dreamt of being a girl,” she said. “One of my earliest memories is spinning around in my mom’s skirt trying to look like a ballerina.”

YOU MAY LIKE  Anti-Gay Activists Who Were Caught Being Gay 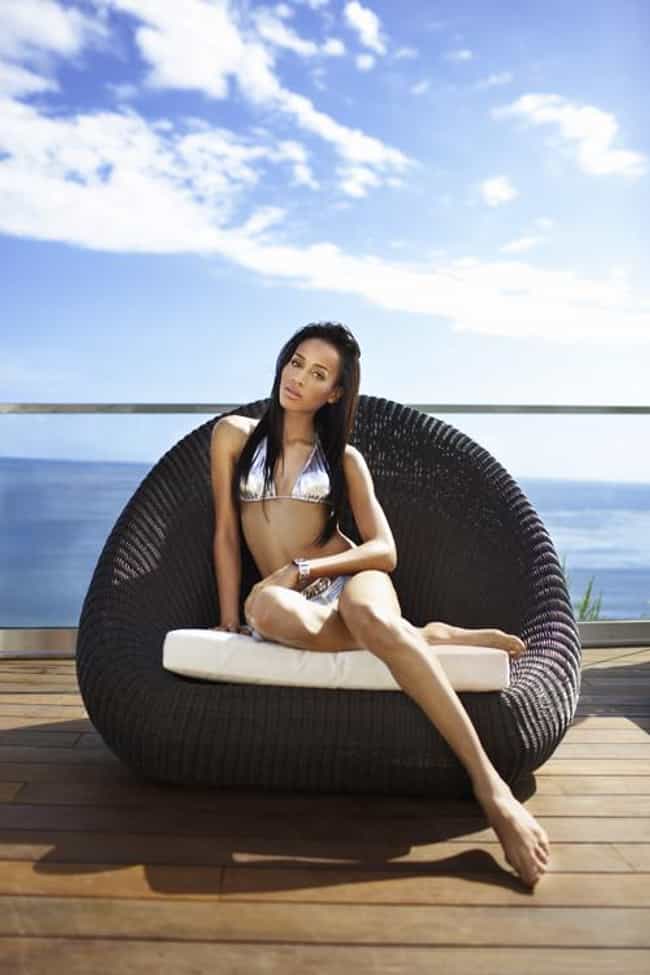 Isis King gained the national spotlight when she became the first transgender woman to appear on America’s Next Top Model. “I always say I’m the Kate Moss of the trans models because I’m shorter than everyone else, and I’ve been around now for a long time,” she said. King also advocates for trans visibility and equality.

Actress and model Candy Darling – who has appeared in such films as Silent Night, Bloody Night andWomen in Revolt – was born James Lawrence Slattery. She appeared in several Andy Warhol films and was mentioned in Lou Reed’s hit, “Walk on the Wild Side.”

“I am very open about my genderism. I’m always willing to educate everybody who feels different, and help them understand that you gotta love yourself, honey,” said trans icon Octavia St. Laurent. “Iʼm a very powerful man, and Iʼve always used the beauty of a woman and put them together. Itʼs got me quite successful through the years. And itʼs also kept me alive. Basically I love who and what I am, and I wouldnʼt be anything else.”

St. Laurent rose to fame in the 1990 documentary Paris is Burning.

Model and actress Hari Nef might be best known for her recurring role in Transparent, but she has also appeared in several short films including Crush and Family Tree.

The British actress and model was born Barry Kenneth Cossey, and began the transition from male to female when she was 17. Cossey – also known by the name Tula – has appeared in such projects as the James Bond film For Your Eyes Only.

British-born April Ashley underwent gender reassignment surgery in 1960. She was a successful model and appeared in notable magazines including Vogue. Ashley’s story has a tragic twist: after her husband filed for divorce, she was forced to undergo testing and declared legally male in 1971. The court case was used as precedent to define the gender of transsexual people in the United Kingdom for decades, only being overturned by the introduction of the Gender Recognition Act in 2004.

YOU MAY LIKE  22 Celebrities Who Have Been Caught Shoplifting

Today, Ashley continues to fight for transgender equality. She was appointed a Member of the Order of the British Empire for her work in 2012.

Korean singer and model Harisu came out as transgender in 2001. Along with advocating for LGBTQ causes, Harisu also helped to build an orphanage and supports legalizing marijuana.

Actress and model Jamie Clayton was born James Murphy Clayton. She appeared in the 2016 film The Neon Demon, as well as television series including Hung and Sense8.

Brazilian model Roberta Close is a trailblazer for transgender rights in Latin America. She fought a long legal battle to have her name and gender identity recognized, taking her case all the way to Brazilian Supreme Court in 1997.

“We are not all the same; we don’t need to have all the same prototype,” says transgender model Lea T. “In beauty, when there is a prototype, you become a slave of this icon, of this canon of beauty. But you need to see inside the person.”

Lea T has appeared in ad campaigns for Givenchy and is the face of Redken, making her one of the first transgender models to represent a major beauty brand.

Transgender model Jenna Talackova challenged Miss Universe rules that forbid contestants who were not “natural-born women” from competing. She took home the Miss Congeniality prize at the Miss Universe Canada pageant in 2012.

Geena Rocero came out as transgender during her 2014 TEDtalk. “I felt like I was freeing myself to be fully as I am,” she said following the address. “No turning back.”

Artist, DJ, and model Juliana Huxtable said of being born intersex, “I felt that the only option I had was either to be a freak or a weird boy.” She has become a notable figure on the art scene for her unflinching examinations of sexual and gender identity.

Arisce Wanzer first started modeling before her transition. “I definitely see myself as a female model – I think I take great pictures as a real, just, woman,” she said. “At the same time I’m so open about being transgender, I’ll tell a stranger on the street.”

Up-and-coming model Choi Han-bit underwent gender reassignment surgery in 2007, and now works on behalf of trans visibility and rights. “I’ve come to have a female body through a painful surgical operation and been recognized as a woman by a court,” she said.

“Instead of staying behind closed doors, I ventured out to expose myself and enjoy life as a woman.”

“I did my coming-out just two and a half years ago, but I wasn’t ready to get involved in activism, because I had to work on myself first,” said Ines Rau of coming out as transgender. “From ages 18 to 24, I was holding onto this big secret, even with the people closest to me. I was living as a woman but unable to talk about my past. I needed some time to embrace who I was and to get used to talking about my journey, and being my true self.”

Today Rau speaks out about trans visibility and representation in the fashion world and beyond.

Moroccan-born model and actress Bibiana Fernández has said, “Yes, I am a woman! In all the senses, a woman.”

YouTube star Gigi Gorgeous transitioned to become a woman in 2014 and, in 2016, she revealed that she was a lesbian. “It has been killing me inside every single day and I am so happy I am finally sitting down and talking to you guys and letting you guys know from this point forward I am a lesbian,” she said in a video.